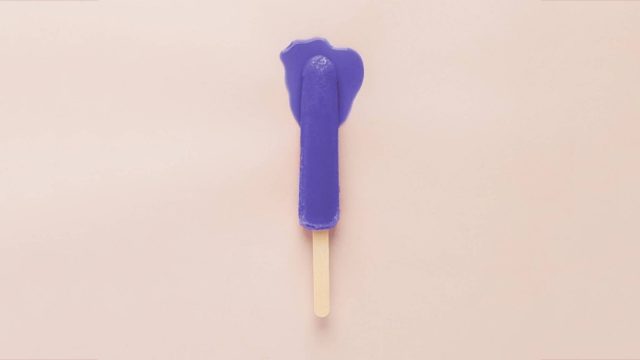 They say the male orgasm is simple. “They” in this instance refers to the general populace, many of whom consider male genitalia merely a joystick with a decorative sack that needs to be jerked around a little. The female orgasm, however, is deemed far more nuanced, likely because male genitalia is external and therefore ejaculation is a visible process that can be observed. Because female genitalia is internal, it’s harder to know exactly what’s going on down there.

Still, the male orgasm is not that simple, nor is it easily navigated, as evidenced by the growing number of studies that have concluded more and more men are not only having difficulty reaching orgasm, but achieving and maintaining an erection. “We see many males where erections and orgasms are not simple at all,” Rosara Torrisi, sexologist and director of the Long Island Institute of Sex Therapy in New York, tells Playboy. “Sexual pleasure for men is just as nuanced as it is for women.”

Due to the impact of this unremitting messaging, men keep silent about their sexual issues, thwarting, in many cases, a rather simple solution. But men are taught to be strong and stoic, therefore any admission of vulnerability embarrasses us, or makes us feel weak. “Our culture places huge worth on masculinity, virility and sexual stamina,” Kimberly Resnick Anderson, certified sex therapist and assistant professor of psychiatry at the UCLA School of Medicine, tells Playboy. “This is part of a bigger cultural problem that sex is considered taboo and shameful, something men don’t typically talk about (unless they are bragging in a locker room).”

The men Anderson treats are especially grateful and relieved to have a safe place to discuss their sexuality. Because of the societal shame, many don’t realize there are effective treatments available to them, which, of course, could greatly reduce the number of men who experience sexual issues. Based on experiences in her clinical practice, Anderson cites three primary reasons why men develop orgasm dysfunction.

The second leading contributor to orgasm dysfunction is if a man’s “erotic script” does not match the behavior or context of the actual interaction. “If a homoerotic man marries a woman to present a conventional lifestyle to the world, he may not be able to get off because he is actually responsive to penises,” Anderson mentions. “Or, if a man with gender dysphoria is having traditional intercourse with a woman, he may not be able to climax because he wishes he was the woman being penetrated.” Likewise, if a guy has intense rape fantasies, he may not be able to ejaculate if these fantasies become more of a requirement. It’s distressing for these men to have such limited ‘sexual scripts’ and for the most part, they wish they could be responsive to a range of conventional stimulation and behaviors.

The third most common reason that men can’t have an orgasm is due to medication side effects, specifically a class of anti-depressants called SSRIs.

“Failure to perform with someone makes me feel ashamed, like I’ve failed—especially in a gay world,” Andrew, 43, shares. “Worrying that I might not do well has created a situation where I am thinking in my head more than just enjoying the moment. This created [the belief] that I may not be worthy for someone to love me.” The unfortunate reality of Andrew’s story is that they’re a dime a dozen, no matter your sexuality.

The narrative is that men don’t have sexual issues except for getting their female partners to have more sex with them. This is at odds with the actual experiences of many men, but the message is so prevalent that if someone doesn’t believe they fit the norm, they aren’t going to speak out for fear of having their masculinity and personhood questioned. However, Anderson believes it has recently become more common for men to discuss erectile and orgasmic issues with healthcare providers as we continue to pry open the doors of communication. “It is very important that providers are skilled in talking about sexual health issues with men, without furthering negative cultural messages about male sexuality.”

The timing around when (and whether) to seek help for a sexual concern is a personal one. If you feel unsatisfied with your sexual performance or experience, contact a certified sex therapist to get some feedback. You can find a certified sex therapist in your area by going to www.AASECT.org and entering your zip code. Sexual health is a human right. You should never feel ashamed for wanting to achieve your optimal sexual satisfaction. In the World of MMA, What Makes a Woman? How We Should Handle the Sport’s Embrace of Transness