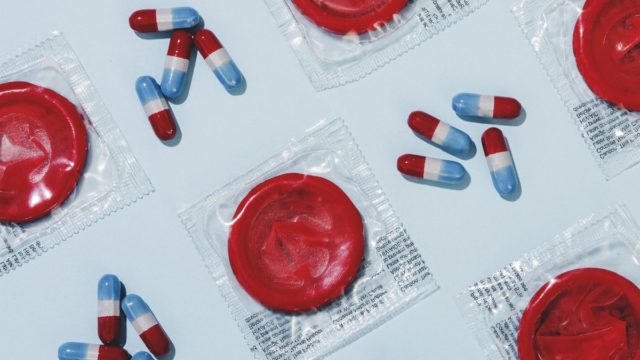 Antidepressants can be a blessing but a curse for sexual satisfaction. While the medication can improve mood and aspects to well-being, one primary drawback to taking any type of SSRI (selective serotonin reuptake inhibitors) is contending with sexual side-effects such as erectile dysfunction and inorgasmia.

In addressing sex specific side-effects, it is important to first highlight that we have made great societal strides in regards to the acceptance and understanding of depression. Currently, there are six types of recognized depressive disorders and the most commonly diagnosed form is Major Depressive Disorder.

About 13 percent of the population ages 12 and older said they took an antidepressant in the last month. Moreover, 16.1 million people in the U.S. are affected by clinical depression. The increase in diagnoses across the country indicates the willingness of people to express concerns about their mental health with their medical practitioners, which is a positive and progressive sign. As well, the influx in prescribed antidepressant use also signifies that the medication is safe. According to Dr. Anita Clayton, chair of Psychiatry and Neurobehavioral Sciences at University of Virginia School of Medicine, the development of SSRI Prozac (Fluoxetine) in 1988 and its subsequent family of drugs was a breakthrough; not only was it well tolerated, but it was safe to take.

Compared with Tricyclic-based antidepressants (TCAs and the earliest class developed) such as Nortriptyline (Pamelor) and and Protriptyline (Vivactil), these were not only riddled with side effects but proved fatal if you overdosed on them. Although we’ve opened communication channels in treating people with depression and sharing our struggles with it, what we’re not addressing enough in patient rooms is sex-specific repercussions: primarily, inorgasmia and erectile dysfunction that stem from antidepressant usage.

In order to understand how these drugs affect sexual desire and response, we must briefly explore how antidepressants work and how it affects our mind and body: Firstly, there is an abundance of antidepressant classes on the market which include Serotonin and norepinephrine reuptake inhibitors (SNRIs), Tricyclic antidepressants (TCAs), Dopamine reuptake blocker, Noradrenergic antagonist, Monoamine oxidase inhibitors (MAOIs), and 5-HT receptor antagonists; however, the focus here is on SSRIs because they are the most widely prescribed and used family of antidepressants in the United States. Furthermore, the highest rates of sexual dysfunction have been reported with SSRIs.

Dr. Clayton says it is important to first understand that depression, along with sexual desire and response, all stem from neurotransmitters; these are brain chemicals that communicate information to the body and brain. Under this umbrella category, the ones that relate to sexual desire and response are two types of specific neurotransmitters: excitatory and inhibitory. The two work in tandem with one another; the former stimulates the brain and the latter calms and creates balance.

Meanwhile, serotonin (a type of inhibitory neurotransmitter) doesn’t actually stimulate the brain, but you need adequate amounts to have a stable mood and to balance out excessive excitatory stimulation in the brain. This is where antidepressants enter the picture: if you have an imbalance of serotonin levels, the SSRI drugs help preserve the levels in the brain and enhance absorption; in medical speak, this is called reuptake.

But as a consequence, while the drugs are helping to alleviate serotonin issues, it is also inhibiting “communication” with excitatory neurotransmitters that pertain to pleasure and sexual desire (dopamine and norepinephrine). In simplest terms: the medication alters the chemistry in the brain and subsequently how the mind is then able to “talk” to the body. SSRIs such as sertraline (Zoloft), fluoxetine (Prozac, Sarafem), citalopram (Celexa), escitalopram (Lexapro), paroxetine (Paxil, Pexeva, Brisdelle), fluvoxamine (Luvox) will contribute to sexual dysfunction.

If the issue is bothersome to the patient and not addressed, what can arise from this trade-off scenario is the creation of a vicious cycle. Dr. Clayton points out an overlooked but obvious fact: “Sexual dysfunction and depression work in a bidirectional way with one another. In other words, if you have depression, you’re more likely to have a sexual dysfunction; and if you have a sexual dysfunction, then you’re more likely to develop depression.” The reason is because both operate on the same neurotransmitters that relate to reward and pleasure. But Dr.Clayton is reassuring: “You do not have to settle with a lack of sex satisfaction because you’re on medication. You have options.” 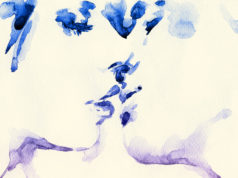