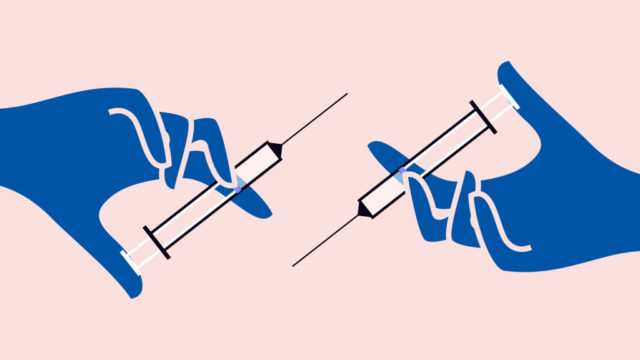 Women know too well the pains of ageism and body shame with increased physical scrutiny when compared to men. As such, it should come as no surprise that women have fearlessly ignored the stigma attached to cosmetic surgery, and in 2016, women received roughly 12,433,511 surgical and nonsurgical procedures, according to a recent study by The American Society of Aesthetic Plastic Surgery (ASAPS).

However, men are more likely than ever before to receive nonsurgical cosmetic treatments. With a total expenditure of over $15 billion dollars on cosmetic surgery in 2016, the most popular nonsurgical procedure among Americans was botulinum toxin injections (known by the brand names of Botox, Dysport, and Xeomin and sometimes cumulatively referred to as “Brotox” when discussing its application on men). Most surprising of all, men accounted for 9.9 percent of the total reported procedures, receiving an astounding 453,281 injections.

Clearly, the stereotype of cosmetic surgery being exclusively for women is far from the truth.

Dr. A. David Rahimi, lead surgeon at Forever Young in Los Angeles, has seen a dramatic increase in male patients in less than twenty years. “When I finished my training in 1999, maybe 5 percent of my patients were men,” he says. “Now, one-third of my patients are men.” Advances in surgical and nonsurgical techniques have made cosmetic enhancements more readily acceptable. “Twenty years ago, all we had available was cutting surgery,” he notes. “We now have many, many options to tighten up the skin, remove brown spots and fine lines, and make someone look healthier and younger.”

Geo, a 60-year-old actor from Glendale, CA, first received Botox injections when he was 56—and he was pleasantly surprised by the results. “I had Botox done on my cheekbone area and on selected furrows of my forehead,” he says. “It came out just the way I wanted.” But he was nervous about one aspect of the procedure. “The only apprehension I had with Botox, having seen other patients, is this frozen look.”

Anxiety about ending up looking overdone and expressionless makes many men hesitant about cosmetic surgery, says Dr. Rahimi. “You have to be a lot more conservative with men,” he says. “They don’t want people to know that they’re having work done. For them, the most important thing is to do things that are minimally invasive with little downtime, no cutting, and no scars.”

This concern with being found out—of compromising one’s manliness—does not totally steer men away from Botox and other treatments, but it definitely makes them more secretive and ashamed. “Men are generally very hesitant to admit having had a procedure done because it affects their masculinity,” Geo says. Men are ultimately not immune to vanity and insecurity (although they may try to hide it). In fact, even the tongue-in-cheek nickname “Brotox” satisfies a need to “man up” a traditionally feminine enhancement. Ironically, however, machismo hinders men’s ability to admit to receiving cosmetic treatments, but it also simultaneously motivates them to consider treatment in the first place. By maintaining youthfulness and perceived virility, Botox injections therefore become a means of boosting masculinity and staving off the fear of obsolescence.

“Most of my male patients who receive Botox are in their 40s or 50s,” says Dr. Rahimi. Confirming Dr. Rahimi’s observation, ASAPS reports nearly 73 percent of men who receive Botox are between the ages of 35 and 64 years old. “People live into their 80s or 90s now,” he continues, “and they’re often professionally active into their 70s. If you’re older—especially if you work in a high-tech industry—you often are not considered cutting edge.”

Popular culture has long overvalued the young and beautiful, a generalization, of course, but one that is nearly impossible to deny when simply scanning social media, advertisements, and popular films. “It has become increasingly important for people to feel good by projecting a younger version of themselves on Instagram, Facebook, Snapchat and other social media outlets,” says Dr. Douglas Steinbrech, surgeon at Gotham Plastic Surgery in New York.

At least professionally, older men dread the notion of being put out to pasture (albeit much later than women), and workplaces often discriminate against older individuals through forced retirement practices and age restrictions in employment. “I have many clients who are top CEOs and CFOs who come in to receive noncutting cosmetic surgery to look more refreshed,” says Dr. Rahimi. “[They receive] Botox on their frown lines and squint lines around the eyes and forehead.” In other words, men are hoping to remove mileage so as to remain, at least visually, competitive. “They don’t want people to look at them as obsolete or old,” says Dr. Rahimi.

Masculinity, as a construct, is constantly evolving. Geo, Dr. Rahimi, and Dr. Steinbrech all agree that the stigma of cosmetic surgery is gradually disappearing. “Within the next five to ten years, men will be more open to having this kind of procedure done. People are not so inhibited now,” Geo proclaims with optimism.

Dr. Rahimi, on the other hand, has a more conservative outlook. “More and more men will speak about receiving cosmetic surgery, but it’s still taboo because, unfortunately, some practitioners go overboard. They do a little and it looks good, so the patient asks for more. The [surgeon] agrees and they make the client look done or fake,” says Dr. Rahimi. “And I don’t think men are going to talk at parties with each other about getting Botox or fillers,” he adds. “It’ll always be something that they do but not readily admit to—but it’s becoming more acceptable in our society.”

“It was not considered masculine to be conscious about your looks,” says Dr. Steinbrech. “This has completely changed now in the world of social media. People in the modern era now value looking healthy, feeling young, and it is important in the workplace.”

In a world fueled by filters, how else would men keep up with Instagram-ready demand?