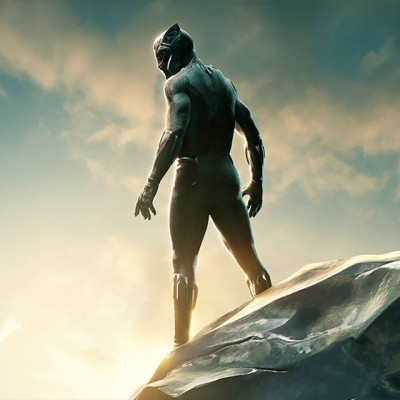 It’s beginning to look like the most successful Marvel Studios movie of the year—if not of all time—might not be the massive multi-franchise team-up that is Avengers: Infinity War, but instead next month’s Black Panther. But can director Ryan Coogler’s first Marvel movie, which also happens to be the first solo outing for Chadwick Boseman’s African monarch-slash-superhero, even come close to outstripping the meeting between the Avengers and the Guardians of the Galaxy? Early signs suggest so—and for reasons that should be familiar to those who watched Warner Bros.’ fortunes last year.

The initial sign of Black Panther’s potentially huge success came when the first trailer for the movie was released in August of last year and outperformed trailers forCaptain America: Civil War and Star Wars: The Force Awakens in the 24 hours after its debut. Then, ticket site Fandango reported last week that, in its first 24 hours of presales, Black Panther had outperformed every other Marvel movie to date. Clearly, audiences are more into the opportunity to see T’Challa kick some Wakandan ass than may people thought, but why?

Those looking for the reasons for such audience excitement can work up a number of potential solutions. Most obviously, there’s the fact that it’s a new Marvel movie, and that brand is one of the biggest in the world, especially when it comes to films; of course a new Marvel movie is going to rank up there on audiences to-do lists.

And yet, there’s obviously more going on here than simple brand loyalty. If that wasn’t the case, why would Black Panther, the first in a new series of movies featuring a character who’s cameoed in one earlier movie from the studio, be outpacing the third Captain America movie in terms of early ticket sales, especially when the latter (released in 2016) featured not only the majority of the studio’s existing characters, but also the debut of two “new” ones?

For a genre that has, to this point, subsisted on a diet of consistently white male leads, this is a potential game changer …

Others might want to point toward the fact that Black Panther expands the horizons of the Marvel Cinematic Universe in terms of aesthetics. That’s undoubtedly true; one look at the trailer and promotional material to date make that clear, especially in terms of visuals. Coogler and team have created something that couldn’t be mistaken for another Marvel movie, although it carries cues from them—compare Wakanda with Asgard from the Thor movies, strangely enough.

This is also the case in regards to music. Thanks to Iron Man, Guardians of the Galaxyand Thor: Ragnarok, the Marvel movies to this point have been all about generic orchestral scores and white-guy rock. The fact that Black Panther has a Kendrick Lamar-curated soundtrack makes it feel like something altogether more exciting than the next entry in an already over-stuffed superhero field.

And then, of course, there’s what’s likely to be the true reason Black Panther has so many people excited, and the most obvious differentiator the movie has from the rest of the pack: It’s the first mainstream superhero film with a black lead (Boseman), not to mention a predominantly black cast. (Martin Freeman and Andy Serkis, both holdovers from earlier Marvel movies, are the only white actors with speaking roles in the trailers to date.)

For a genre that has, to this point, subsisted on a diet of consistently white male leads, this is a potential game changer, especially for a studio where black actors have been relegated to the role of snarky subservient sidekick (or, in the case of Guardians of the Galaxy, green sexy-alien love interest). Finally, black audience members have a Marvel movie where they can see themselves represented as main characters, with agency, impact and—perhaps most importantly of all—power.

For anyone surprised that the first mainstream superhero movie featuring a lead of color is exciting audiences outside of the genre norm, it’s worth paying attention to the reaction that greeted last year’s Wonder Woman—which was the first mainstream superhero movie in more than a decade to feature a female lead. Social media was filled with stories of women crying in theaters, and the positive buzz surrounding the movie took the movie far beyond the Warner Bros/DC Entertainment faithful. To make that clear, just compare the box office hauls of Wonder Woman and Justice League.

Black Panther could have an even bigger impact because it’s not just the first mainstream superhero movie lead of color in the modern age; it’s the first one, period. And yes, some of the demand stems from people being more excited about Marvel’s superhero movies than they are DC’s. The biggest superhero movie of 2018 might arrive in February, but all that really means it that we won’t have to wait too long to enjoy it.