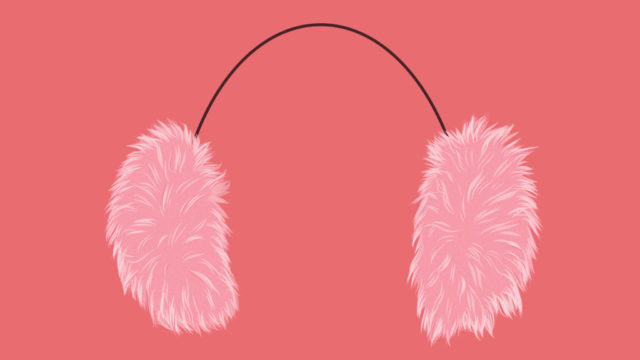 Jokes abound within the trans femme community about a sea of bottoms searching desperately for a suitable top. Sex for trans women is often pretty complicated. Their bodies often have penises built for penetrative sex, but for many trans women, penetrating someone else for sex causes too much gender dysphoria (the clinical term for the sense of incongruence between a trans person’s physical sex and their internal sense of their own gender) to be enjoyable. It’s fair to say that most trans women are bottoms when it comes to sex.

With genital reassignment surgery (GRS) still inaccessible to most trans women mostly due to cost, and with many trans women deciding they don’t need to change their bodies, trans femme bottoms have explored and developed new ways to experience receptive sex. Additionally, a lot of trans women have trouble getting or maintaining erections due to the hormones they take for transitioning.

Muffing is a sex act coined by Mira Bellwether, author of the zine “Fucking Trans Women,” widely considered to be the first and most in-depth guide to having sex with pre- and non-op trans femme bodies. Assigned-male-at-birth (AMAB) bodies each have inguinal canals, these are the spaces from which testicles descend at puberty. Trans women often use these canals for “tucking,” pushing their testicles inside their bodies to create a flat crotch. Muffing originated as a sex act from tucking.

Reached by email, Bellwether describes how muffing works, “The basic process of muffing is just tucking and very gently massaging the testicle while it is ascended. You can also push the testicle in and out very gently with your fingers. The effect is that you’re being fucked with your own body.”

If you’re anything like me, you probably cringed when you read that description. That’s a pretty typical reaction, even for most trans women. But having experienced muffing myself, I can tell you that it can actually be very pleasurable. Bellwether herself discovered muffing almost by accident when she realized that tucking could be pleasurable for her, and she would later incorporate that pleasure into her sex life. “I realized that hey, this feels good. It was a sex act that didn’t have a name, so I called it muffing.” Opening up the discourse around sex with trans women is an important pursuit for Bellwether, which prompted her to write “Fucking Trans Women.”

Most conceptions of sex with AMAB bodies center around using a penis for penetration, but trans women often upset this basic assumption because of this dysphoria. According to Abby, a trans woman from Michigan, it’s comforting her dysphoria that makes muffing most pleasurable. “It wasn’t the most orgasmic sensation ever, however, it was much less dysphoric than stroking myself in the traditional male sense. It’s strange. As far as options for physical sexual activity go, muffing is certainly one of the least dysphoric activities that someone can perform on a trans woman.” Muffing can feel good for anyone with an AMAB body, not just trans women. However, plenty of care and practice is recommended first.

For Abby, muffing makes her feel like each inguinal canal is its own pleasure center. “It’s almost as if I have a ‘left vagina’ and a ‘right vagina.’ And if I’m trying to picture the placement of the canals on a cis woman, the canals are placed roughly in the same place as a clitoris is.”

Alice, a trans woman from Edmonton, Canada, who first learned about muffing from the aforementioned “Fucking Trans Women,” says it took a couple of partners and experimentation before she got it right. “With the first partner, it was far too painful to feel good, so I wrote the activity off. A couple years later, I tried it again with a different partner and realized the problem was the amount of pressure. At least in my case, it doesn’t take a lot to stimulate, and too much tends to hurt.”

If you’re interested in trying muffing or other forms of receptive pleasure for yourself or with a partner, the first step is to begin divorcing sexual pleasure from the penis. Bellwether explains, “The discourse on penises is really very one-dimensional: how to get hard and stay hard. The focus is on erect penises to the point of exclusion[…]I think that’s very limiting and boring.”

Muffing with a partner takes constant communication since it’s impossible to visually measure the correct amount of pressure to apply. But the result can be mind-blowing when done right. For me, what was at first a cringe-worthy thought has turned into a mainstay in my own sex life, though the learning curve with new partners can take quite a bit of time to perfect.

It’s important to understand that there are numerous ways besides stimulating a penis to create pleasure in male-assigned bodies. Pre- and non-op trans women are often incapable or disinterested in using their penis for penetrative sex, despite the perception created through mainstream pornography. Cisgender people could learn a lot about non-penetrative sex from their trans sisters, and muffing is a great place to start.