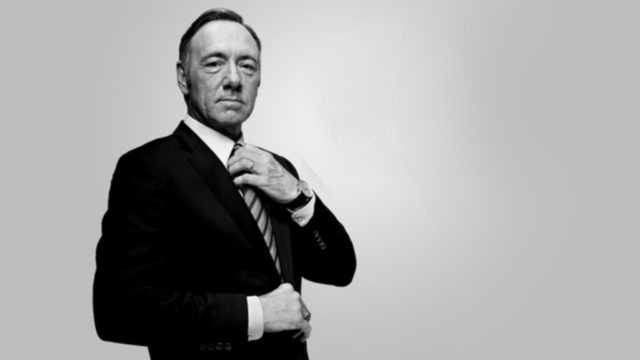 In the past 50 days, more than 30 high-powered men in politics, entertainment, and even a venture capitalist, have been accused of sexual indiscretions ranging from misconduct to rape. But one case is strikingly different than the others, and it is that of Kevin Spacey—not because he has come out as gay and his accusers are men, but because it took one man to do what it took decades, Oscar-winners, multiple publications and dozens of women to do.

When the Weinstein scandal was published, his takedown felt sudden. The news spread so quickly online, on social media, on TV—pretty much everywhere you looked, there it was—that it was almost easy to forget how much effort it took to bring that story into the light. Upwards of 30 women came forward in unison, many of them bonafide movie stars, and yet Ronan Farrow, whose explosive piece in The New Yorker revealed 13 more accusers days after the NYT story, admitted on The Rachel Maddow Show that the story had bounced around news rooms for years. Farrow even eluded to Maddow’s home network NBC refusing to break the story recently.

Ex-NYT reporter, Sharon Waxman, also came forward to reveal that she was set to publish an expose in the newspaper on Weinstein’s sexual abuse in 2004, but after pressure from Hollywood elite all the way up to Matt Damon, the story was cut without explanation.

A few weeks later, on October 30th, actor Anthony Rapp told Buzzfeed that Kevin Spacey had made unwanted advances on him when he was 14-years-old in 1986. Over the next three days Netflix announced no further involvement with Spacey, even on its hit show House of Cards, and pulled the finished film Gore, a biopic on Gore Vidal in which Spacey starred. He also was dropped by his agent and publicist, the International Academy of Television Arts and Sciences announced it would no longer give him a special Emmy, and he is being replaced in the upcoming film All The Money In The World, which had already finished filming.

Spacey issued an apology that was vehemently ridiculed for attempting to pull focus to his coming out as gay, while also spinning an incident about pedophilia to be about homosexuality—a notion the far-right has routinely dispatched in its battle against same-sex marriage and gay adoption. Since, Spacey has essentially disappeared while at least 15 accusers have come forward, and multiple police investigations have been opened. Of course, Spacey should face consequences for what is beginning to look like a career addled with power-fueled sexual impropriety towards impressionable co-stars and mentees. But it is a bitter pill to swallow to see how much it took to bring Weinstein down, and how little it took to send Spacey into hiding. It’s clear that it is easier for our society to believe men than it is to believe women. That is why a man with upwards of 20 accusers is our president, and women are holding rallies in Alabama in support of Roy Moore, a Senate-candidate who still has the endorsement of his party despite at least eight women coming forward with sexual assault accusations.

You don’t have to search past the highly-publicized rape cases of the past few years to see the patriarchal finger on the scales for everyday women facing sexual assault. The famous Stanford and Vanderbilt rape cases, despite damning physical evidence in both, saw little to no justice for the victims, who were emotionally tortured during the process of seeking legal validation. It seems we’re moving into an era of justice at least being served socially if it can’t be legally, but it’s an option that is only really available to those with famous abusers. That’s why this great awakening also feels ephemeral, like it could vanish into thin air at any moment, and powerful men would return to their old, unafraid ways. Because we’ve seen it happen before.

As a woman it is hard to convey just how different the last month and a half has felt. It’s both baffling and relieving to witness this upheaval. For this very reason, soon after it became clear that Weinstein was actually going to face consequences for his actions, women took to social media launching the #MeToo campaign. It was a beautiful thing to watch, akin to the scene in The Handmaid’s Tale in which Offred is slipped a package of letters where dozens of women have written their stories on slips of paper begging for help. The #MeToo posts were our scraps of paper, begging the world to not let another sex scandal play out in the media and not somehow turn the tide. Kevin Spacey’s victims deserve just as much vindication as Weinstein’s or any other abuser’s, but it’s hard to not be frustrated when it still feels like we’re only heard when we scream—and only if we all do it at the same time.