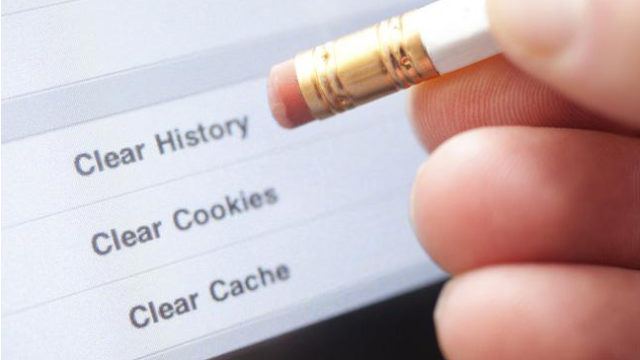 Here’s where things get interesting: the survey, conducted by Summit Hosting, a cloud-based hosting service, revealed the reasons why each gender decided to scrub their browsing history. While both sexes primarily wanted to clear space on their cluttered device (women: 85 percent, men: 73 percent), men were three times more likely to clear their browser history to hide explicit or inappropriate material.

The survey also shows men are twice as likely to clear their computer history to hide embarrassing questions they’ve looked up online. One can only assume many of the queries were sexual. Things like “How do I shave my balls without bleeding?” or even “Where the hell is the G-Spot?“ Better yet, “does it even exist?”

For others, Cobden insists dealing with the issue can be a massive problem if the partner becomes addicted to the point that it interferes directly with the intimacy of their relationship. “Healthy relationships have open communication and take a grown-up approach to solving issues or conflict,” she says.

“If your partner is hiding something and it’s bothering you, or you feel like his use is interfering with your relationship, it’s ok to sit down and have a conversation about it,” Cobden admits. “If it comes to the point where you feel like you need to bring it up, come from a place of non-judgment and curiosity so you can have an open and authentic conversation.”