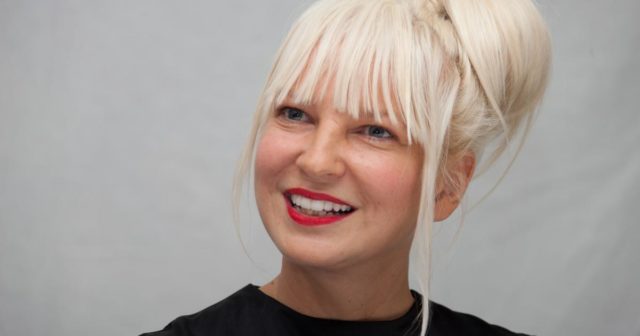 When Sia found out that a paparazzi photographer was selling nude pics of her, she shared one of the photos on Twitter and Instagram herself. She wrote, “Someone is apparently trying to sell naked photos of me to my fans. Save your money, here it is for free. Everyday is Christmas!”

Sia didn’t intentionally pose nude for the photos. The shot she posted shows her from behind, and was taken from outside a building. Sia is looking away, seemingly unaware of the photographer.

In 2015, the singer/songwriter, who often hides her face and wears wigs, told Interviewmagazine, “I’m trying to have some control over my image. And I’m allowed to maintain some modicum of privacy. But also I would like not to be picked apart or for people to observe when I put on ten pounds or take off ten pounds or I have a hair extension out of place or my fake tan is botched.” Posting a nude photo was probably painful for her, but it was preferable to letting someone make money on an unflattering paparazzi shot.

By captioning the photo as if it’s a Christmas gift for her fans, Sia turned it into a promotional tool for her next album, “Everyday Is Christmas.” (For the grammar nerds out there, yes, “Every Day” should be written as two words in the album title, but she spells it as one word, so let’s go with it.) The new album comes out November 17, and the first single, “Santa’s Coming for Us” was released October 30. A second song from the album, “Snowman,” will be released Thursday, November 6.