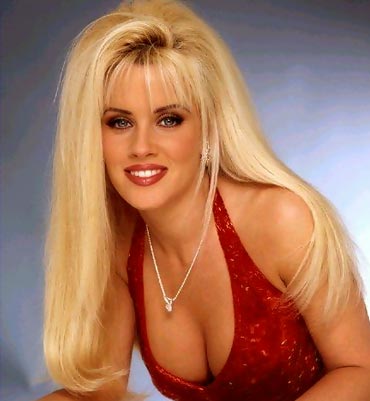 Back before Jenny McCarthy was an anti-vaccine activist and Donnie Walhberg’s wife, before she was a controversial co-host on The View, before she was the rare “hot girl who’s not afraid to be gross” and the only real reason to watch MTV’s Singled Out, she was a Playmate. Hugh Hefner selected her out of 10,000 applicants to be Playboy’s November 1993 Playmate, crediting her “wholesome Catholic girl” persona for part of her appeal. Enter the schoolgirl theme of her shoot. Next year, she was crowned Playmate of the Year and McCarthy became a household name and then some.