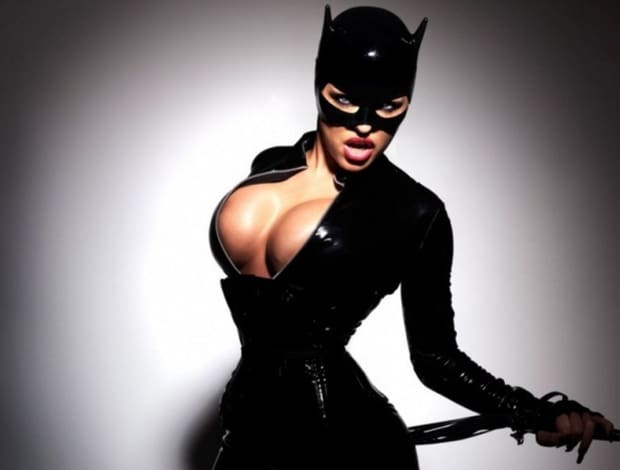 I’ve never been one to dress up for Halloween, but that doesn’t stop me from perusing costumes online out of sheer curiosity every October. For ladies, a tried-and-tested last-minute go-to costume has been that of sexy animals. Think seductive lions, tigers, kittens, mice, bears and, of course, our very own Playboy Bunny.

But what is it that makes animalistic nature or anatomy sexually appealing? As someone who has heard about nearly every sexual kink from my days as a sex researcher, one paraphilia (or unusual sexual interest) that is surprisingly common but rarely discussed is zoophilia. Just in time for you to wonder whether you want to dress as a cat for the third year in a row, recent research in the Archives of Sexual Behavioroffers a fascinating and frank perspective on what it means to find animals sexually attractive.

The study aimed to answer the core question of whether sexual interest in animals should be considered a sexual orientation. It noted that, for many people who engage in actual sex with animals (or bestiality) even when they try hard to stop doing so, they aren’t able to.

Let me take a moment to emphasize that in no way is this conversation about zoophilia an endorsement or a defense of those who have sex with animals. In many states, bestiality is illegal. Another thing to note is, in the context of this study, the term sexual orientation refers to a sexual attraction that can’t be changed. It is not referring to whether someone is straight, bisexual or gay.

Zoophilia is different from bestiality in that bestiality is defined by the physical act of having sex with animals. On the other hand, zoophiles (also known as “zoosexuals” or “zoos”) experience feelings of love and affection toward them. For the current study, the author mailed out 150 questionnaires to self-identified zoophiles. Eleven female and 82 male zoophiles between the ages of 19 and 78 mailed their responses back. Of the study respondents, all of the women and 87 percent of the men were from the United States.

When we think of individuals who have sex with animals, a common stereotype that comes to mind is that of the rural farm boy and his livestock, which has been documented previously by Alfred Kinsey’s research. However, the average age of this study’s participants was much older—38 years old for men and 36 years old for women. As well, almost half of the men and women were college graduates or above, including two college professors, six engineers and a physicist. This confirmed past findings that zoophiles can be highly educated and maintain professional jobs.

Twenty-nine percent of participants were married at the time of completing the questionnaire, while 13 percent were divorced. Interestingly, four men said they were married or in an intimate relationship with their animal lover. The most common choices for a partner were male dogs and female horses. Eighty-three percent of the men and 81 percent of the women reported regularly having sex with animals, on average, at least once a week. Sixty-three percent of men and all of the women had had their first animal sexual experience with a dog. Roughly 11 percent of men stated that an animal’s smell was what turned them on; sex with humans wasn’t enjoyable because humans tend to bathe their natural odors away. Other reasons included that engaging in animal sex felt “natural” and “earthy.”

Across all study respondents, the majority of both men (78 percent) and women (73 percent) were both zoophiles and bestialists; that is, they endorsed having feelings of love toward animals and sexual relations with them. Only 11 percent of the men were classified as bestialists only—these guys considered sex with animals to be nothing more than a sexual outlet in place of sex with another person.

Not unlike what we see in human relationships, jealousy is common in how zoophiles perceive their relationships with animals. Seven men and three women in the study said that they would not allow other people to have sex with their animals because they viewed these animals as their partners.

Across all three dimensions, there was evidence to suggest that being sexually interested in animals could be considered a sort of sexual orientation. The majority of participants realized that they were emotionally attracted to animals, starting at a young age (on average, around age 12 for men and around age 8 for women) and had sexual fantasies about animals before their first sexual encounters with one. Ten men in the study reported that they were sexually oriented to animals only, and two-thirds of participants said that sex with animals was preferable to sex with humans. One man commented that the thought of having sex with another human being disgusted him.

So it seems the study may offer some preliminary data to support the idea that attraction to animals is similar to an orientation, but we definitely need more research to definitively know. I’d be interested in seeing long-term studies follow zoophiles over the course of their lives to see the kinds of factors that influence the frequency with which they have animal sex, and also, questions about their life history to determine whether particular experiences influenced their preference.

Despite the fact it’s an extremely taboo topic, if sexological studies one day do conclude that being attracted to animals is akin to a sexual orientation, this would speak to the larger trend in current thinking that paraphilias, instead of being learned, have biological (read: brain) correlates.

As a final point, I should clarify that although zoophiles and bestialists frequently get lumped in with the furry fandom, they most certainly are not the same thing. The furry community revolves around common interests like art, comic books and video games. Some furries may find depictions of anthropomorphized (human-like) animals arousing—like in the case of furry erotica—but this doesn’t mean they experience sexual attraction to animals in real life, or that they are interested in having sex with them.

Debra W. Soh, PhD, writes about the science of sex and its politics. Her writing has appeared in Harper’s, the Wall Street Journal, the Los Angeles Times, the Globe and Mail and many others. Follow her and her writing: @DrDebraSoh.