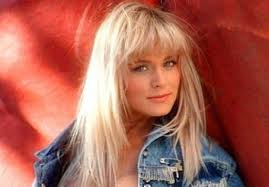 The word “sexy” is far from synonymous with “clown.” So much as mention the prospect of a clown to most and you’ll likely be met with a shudder or cringe. But our July 1988 Playmate isn’t most. An all-American blonde beauty, you’d expect somewhat of a typically titillating pictorial from a then-22-year-old Terri Lynn Doss. Nope! Doss, a natural-born performer, camped it up for her circus-themed shoot with uncommon commitment.

“To set the record straight I always loved clowns,” says Doss. “They made me smile; they were animated, as I am! I had won a contest many years ago as a child on a show called Bozo Circus in Chicago! Playboy loved the idea and they ran with it.” In celebration of the inimitable Doss’ birthday on September 4th – and in honor of the upcoming release of It, the new horror film based on Stephen King’s clown-filled classic – behold, a Playboy pictorial like you’ve never seen before (and aren’t likely to see again). Sure, it starts off as a normal day at the fair, but it’s not long before things take a turn for the surreal. 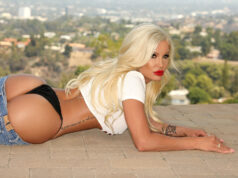 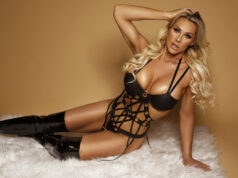 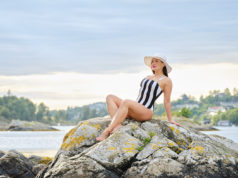