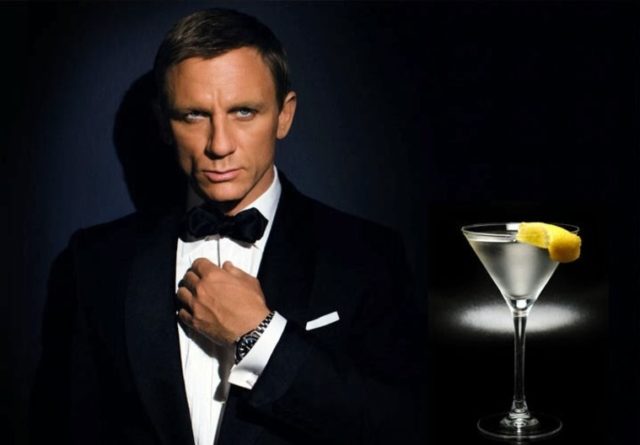 On the eye-roll-inducing list of goals I have, one item is to eventually learn how to build a cocktail as methodically as Jonn Hamm’s Don Draper does on Mad Men. The cocktail renaissance, at its peak at the turn of the 21st century, reimagined classic cocktails in fresh but often complicated ways, such as incorporating homemade bitters or adding foam. In some instances, new recipes ditched the simplicity of staple libations that many of us could prepare from the comfort of our apartments.

Even so, from the martini to the margarita, most traditional mixtures require few ingredients you always have on hand in your liquor cabinet. In 3 Ingredient Cocktails, New York Times cocktail writer Robert Simonson makes a case for a return back to the basics. “I came to the realization most of the classic cocktails we’ve continued to talk about after decades and centuries are relatively simple and only need three-ingredients,” he says. “There must be something to this construction, that simple solid triangular construction, that is worth writing about.”

In an effort to “demystify” mixology and help amateurs achieve cocktail greatness at home, here are three of Robert’s classic, three-ingredient cocktails you can quickly master.

The Manhattan exudes a subtle air of cool that has helped it remain a quintessential cocktail since the 1880s. Not much has changed in the way of ingredients and processes, but there’s something about watching a bartender whip it up that makes it feel slightly intimidating to re-create at home. Simson advocates for the Manhattan’s simplistic nature, however, saying there’s only one hard decision to make: which spirit to use.

“The Manhattan has been a pretty steady character and has been pretty identifiable through most of its life,” Simson says. “The main decision you have to make is whether to have it with rye, which was how it was traditionally served or if you want to have it with whiskey, which is how it is usually served today.”

Vermouth is the other central component of the cocktail. “There are some people who like it dry and with less vermouth. I always recommend a 2:1 portion of two parts whiskey and one part vermouth. And then there’s always the choice of the cherry or a lemon peel for garnish.”

For Simonson, a well made Tom Collins isn’t just appropriate for summer. “I love the Tom Collins, and I think it’s an underrated cocktail,” Simson says.“It’s a summer drink, but I’ll drink them anytime during the year.”

One of the most popular drinks during the 1950s, the mixture is simple: gin, sugar, lemon juice and topped with soda water. The trick to mastering this cocktail is again, getting back to the basics of what made the drink so delicious in the first place: Old Tom Gin. “Typically they were made with London Dry Gin, like Tanqueray or Beef Eater, but when first invented it was made with Old Tom Gin, which was a sweeter version,” Simson says. “They have brought it back from the dead, and if you try it with Old Tom Gin, it’s a much more seamless drink.”

Shake the gin, syrup and juice with ice until chilled, about 15 seconds. Strain into an ice-filled highball and top with soda water, about over the drink, drop it into the glass, and then garnish with the cherry.

When it comes to the martini, Simonson is all about drinking what you enjoy. Whether made with gin or vodka, topped with olives or an orange twist, make it to your liking. Simonson, however, says one mistake people often make with the martini involves the actual mixing of the ingredients.

“Because of the James Bond films people think you should shake the martini, but the best way to mix a martini is to stir it,” he says. “The only reason you shake things is when they have ingredients like citrus, milk or eggs, or things that don’t integrate easily.”

Other pro tips from Simonson: Martinis should be very cold, so make sure to chill the glass, and remember to refrigerate vermouth after opening it.

Combine all the ingredients except the lemon twist in a mixing glass filled with ice and stir until chilled, about 30 seconds. Strain into a chilled coupe. Express a lemon twist over the drink and drop into the glass.

You can purchase 3 Ingredient Cocktails by Robert Simonson on Amazon.