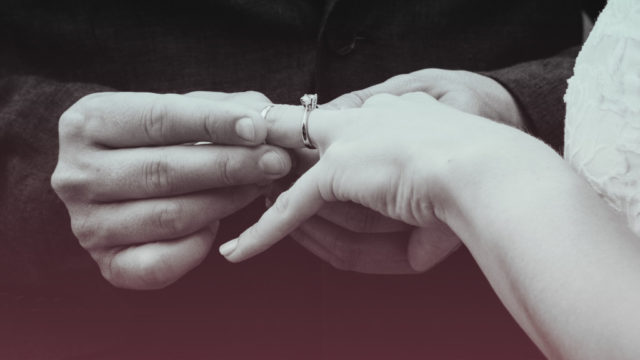 Online dating has grown to become the second most popular way American singles meet. These days, more than one-third of marriages begin online. While a stigma still exists, online dating has become a far more accepted way to find a partner. Turns out, this might be a good thing.

New research published in the MIT Technology Review posits relationships that begin online are stronger than bonds made offline. Not to mention, researchers believe online dating is directly responsible for a spike in interracial relationships, as dating sites and apps introduce people to a much more extensive and diverse set of networks beyond personal connections made IRL.

To reach these conclusions, the tech-savvy researchers created a simulated network in which people primarily met through traditional means (work, mutual friends, etc.). Then, to simulate the effect of dating apps, researchers began introducing random links between people in different social circles to replicate the connection people have when they match on Bumble, Tinder, etc. As researchers made more links, simulated singles birthed a much more substantial network.

“Our model predicts nearly complete racial integration upon the emergence of online dating, even if the number of partners that individuals meet from newly formed ties is small,” researchers say. “Our model also predicts that marriages created in a society with online dating tend to be stronger.”

Researchers note both these results increased around 2004 when dating sites like OkCupid emerged. And, as you can expect, these results experienced another spike in 2014 following the launch of Tinder. In short, online dating gives members access to other people entirely removed from their existing friend networks, which makes the likelihood of meeting someone of a different race or someone more attuned to your likes and dislikes exponentially higher.

Past research supports this notion. A study published in Proceedings of the National Academy of Sciences analyzed 19,0000 people who married between 2005 and 2012 and found that people who met online reported more satisfying relationships. These marital bonds were also less likely to end in divorce, despite this group often getting married far quicker than those who met offline.

Any explanation to why couples who meet online have stronger marriages are scarce. Playboy took this mystery to dating and relationship coach Deanna Cobden. “It’s not really the app or the website itself that’s responsible for these figures, it’s the intention of the person on it,” Cobden says. “When you join an online dating site you’re basically joining a community of other available single people, giving you access to a wider selection of people to choose from that potentially match your values, interests and relationship goals.”

These shared goals are the foundation to building a strong and lasting relationship, which is why online marriages tend to be more satisfying.

Are you sold yet? Cobden recommends you sign up for one paid dating site and one app so you have as many options as possible without it becoming too overwhelming. Because there are so many dating apps currently on the market, Cobden recommends you download Hinge, as the dating service is making great strides toward being the go-to relationship app, whereas conversations on Tinder and Bumble are like pulling teeth.