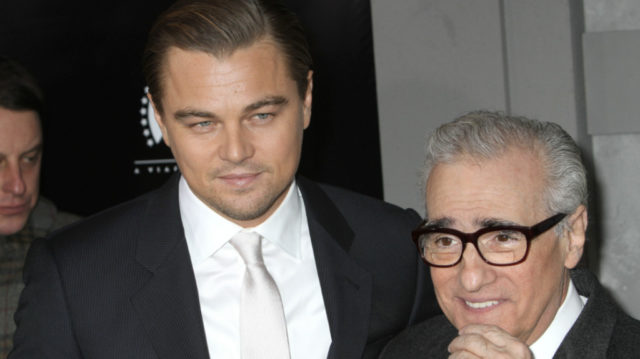 Leonardo DiCaprio is finally ready to get back in the saddle. For a while there, we were worried that the actor might rest on his Oscar laurels until the end of his days, perfectly content navigating Manhattan’s winding streets on a Citibike, or charming willowy modelsjust off the shores of the Amalfi coast. Come to think of it, that doesn’t sound so bad.

But beyond all the womanizing, club-hopping and planet-saving, DiCaprio is still an actor. And based on his maneuvering, it looks like Leo is ready to once again do what he does best.

In the past few weeks, DiCaprio has been courted by Warner Bros. to be the next Joker, signed on to play Leonardo Da Vinci in an upcoming biopic and is in the midst of developing two adaptations with Martin Scorsese: Killers of the Flower Moon and The Devil in the White City. That’s a lot of acting.

Now Deadline is reporting that Leo is teaming up with Scorsese on a third film, this one about the towering life of Theodore Roosevelt. But what part of the 25th president’s life will the movie focus on? While he’s best known as the former commander-in-chief, Roosevelt was also a decorated soldier and adventurer. That means there’s an abundance of real-life material for DiCaprio, Scorsese and screenwriter Scoot Bloom to mine from.

One approach that could line up with DiCaprio’s own environmental endeavors would be to explore Roosevelt’s well-documented efforts to protect natural resources and wildlife. While in office, Roosevelt was responsible for assigning federal protection to a staggering 230 million acres of U.S. land, which earned him the nickname “The Conservationist.”

But this is DiCaprio and Scorsese we’re talking about, a duo whose past collaborations have gone heavy on either drug-addled debauchery or blood-soaked violence. Somehow an entire film about the conservation efforts of one man seems a little unlikely. On the other hand, if there was ever a time to remind ourselves that the president of our country once actually cared about planet Earth, it would be right about now.