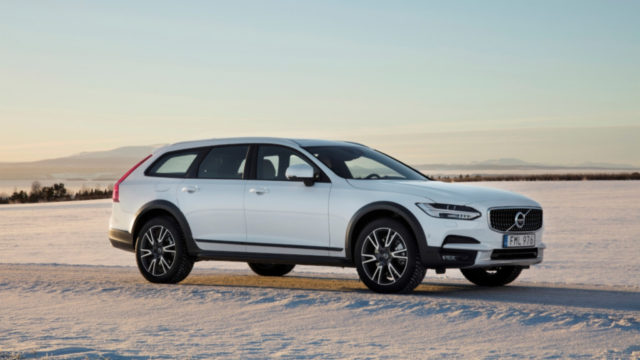 A greener future will continue its course internationally, despite the decries of a certain orange-haired naysayer. Swedish car company Volvo has promised to make its entire lineup of cars either partially or completely battery powered as early as 2019. According to the Guardian, between 2019 and 2021, Volvo will develop five completely electric models. Each gas compatible model developed during these years will have some sort of hybrid functionality.

This is historic move as no other major auto manufacturer has made a promise of this scale and size. Håkan Samuelsson, Volvo’s chief executive, claims that “this announcement marks the end of the solely combustion engine-powered car.”

Although the carmaker is seizing headlines, Volvo has some stiff competition. Renault-Nissan, BMW and Volkswagen have undertaken similarly ambitious plans to boost the market—and efficacy—of electric cars. Some even receive government grants as incentive to help limit carbon emissions. Elon Musk currently owns a huge amount of social currency in terms of founding a brand that has consistently moved the needle in the green market, even without substantial successes of its tangible products. On Musk, Samuelsson said, “[Tesla]’s a tough competitor. But with this decision we are really becoming the second premium car maker in the world which will also be all-electrified.”

Advancements at this pace have experts making bold predictions on the future of gasoline vehicles. Professor David Bailey, an automotive expert at Aston University, believes that “the electric car [will] start to outcompete the internal combustion engine” by the mid-2020s. Toyota remains the dominant hybrid producer, with BMW and Renault-Nissan closely following.

As it stands, Volvo is facing a steep upward climb, but its promise has even Green Peace singing corporate praise. Paul Morozzo, a Green Peace campaigner, commented, “Volvo has recognised the huge gains to be made by leading the way in electric. We know electric vehicles are the future, and it’s not a case of if, but when, old-style cars powered by climate-wrecking fossil fuels will be a thing of the past.”

With Trump appointing Scott Pruitt, a climate change denier, to head the EPA, many have felt existential as of late in terms of committing to the green movement. But although Trump can inflict damage to the cause, he is not the sole player. Volvo’s announcement proves that economically inclined businesses around the world know the necessity—and potentital windfalls—of alternate energy, even if the leader of the free world does not.