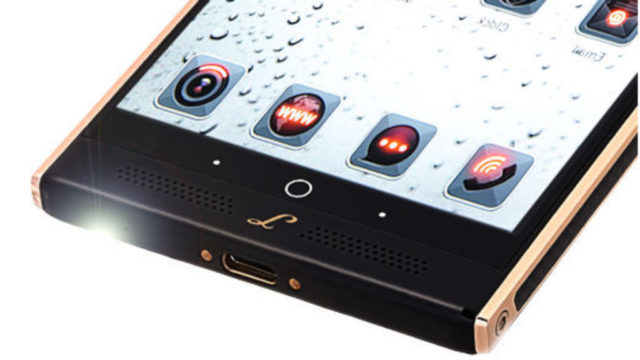 I’ll say this for Lamborghini’s new Android phone: At just $2,450, it’s a steal compared to virtually anything else the Italian luxury automaker produces. For example, Lamborghini’s “entry-level” supercar, the Huracan, starts at $203,295. Meanwhile, the Aventador, in all its 217-mph and 740-HP splendor, starts at $494,195, per Car and Driver. That’s a lot of money! Now $2,450 doesn’t look so bad for a smartphone, does it?

But I’ll also say this for Lamborghini’s new Android phone: Why?

If a car manufacturer should know anything, it’s the importance of staying in one’s lane. Lamborghini does one thing very, very well: make crazy-expensive cars that go crazy-fast. That should be enough, yet the company has decided to branch into the overcrowded smartphone market, partnering with Android to create an obviously luxurious device that’s ultimately lacking where it counts.

The Alpha-One phone is dressed in Italian handmade black leather and comes with another leather case, each adorned with Lamborghini’s red bull logo. As far as the specs go, you can expect a 5.5-inch WQHD, 2560×1440 display; 4 gigs of RAM with 64 gigs of built-in storage; a 20MP rear-facing camera and 8MP front-facing camera; and a quad-core Snapdragon 820 SoC processor, among other qualifications.

The problem? Aside from the leather accoutrements, there isn’t really anything here that necessitates the excessive price tag. All of the features are standard in most smartphones, and in some cases, they’re antiquated. The Snapdragon 820 processor, for example, is two years old, and the latest Android-powered devices employ faster, more efficient processors.

Still, let’s be honest: You’re not buying this thing for its hardware; you’re buying it because it looks cool. Is a leather phone necessary? No. Not even a little. But is it badass, and will you feel powerful using it, and will it make your other non-leather-phone-having friends insanely jealous? Yes, probably. And isn’t that the reason people drive fancy sports cars in the first place?

The phone is available now online, at Harrod’s locations in the U.K., and multiple stores in the U.A.E.