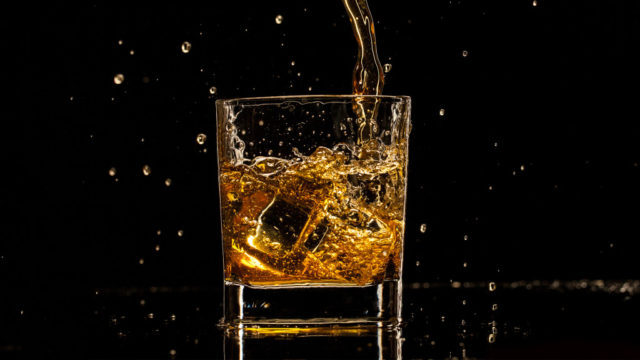 The spirits world moves pretty fast these days, and with so many new releases hitting the market, it can be tough to keep track of them all. To make sure you don’t miss out on your next favorite cocktail, we rounded up the most notable booze news of the week. Drink up.

PATRÓN ADDS A MEMBER TO ITS CORE CREW
For 25 years, Patrón hasn’t messed with its winning core range of ultra-premium tequilas, but the Mexican company is officially adding a new bottle to its line this September: Extra Añejo. The twist: The newest member of the family is actually the oldest. Extra Añejo is aged for more than three years in small oak barrels, which leads to distinct notes of dry fruits, banana, honey, vanilla and especially agave.

So, why now? Credit a better consumer palate. “When Patrón launched nearly three decades ago, the world was a very different place for tequila,” says Lee Applbaum, Patrón’s Global Chief Marketing Officer. Fast forward to today: “The evolution of the ultra-premium tequila category has been extraordinary, as more people across the globe have come to recognize and value the sophistication of this world-class spirit.”

Extra Añejo is the perfect example of our growing appreciation for good tequila, says Applbaum. “We’re delighted to share this new expression with spirits aficionados everywhere,” he says.

The bottle will hit shelves in September with a suggested retail price of $89.99.

MONEY MAYWEATHER GETS HIS OWN TEQUILA
In the months leading up to his heavily hyped match against Conor McGregor, Floyd Mayweather Jr. teamed up with Tequila Avión on a limited-edition tequila in honor of the occasion. And, fresh from his win against the UFC fighter, Mayweather now has plenty of reasons to drink some in celebration.

There are only 150 custom bottles of Avión Reserva 44 Extra Añejo, and they all come with an etched likeness of the boxer, as well as the champ’s signature. If you snag a bottle—available for $1,500 on the Las Vegas Strip at Total Wine & More, while supplies last—you’ll enjoy a fine tequila with hints of warm vanilla and ripe, luscious fruits. But you’ll also have to live with the fact that you’re putting more money in, well, Money’s pocket. Despite his athletic prowess, don’t forget that Mayweather has been accused of domestic violence in the past.

The Wine Cask Blend takes whisky filled into wine casks by Johnnie Walker’s master blender more than a decade ago, while the Espresso Roast is a Scotch with notes of dark chocolate and coffee, distilled using a particularly heavy barley roast and matured in Bourbon casks.

“Johnnie Walker Blenders’ Batch whiskies are the result of bold experiments that push the boundaries in flavor—just as Johnnie Walker Black Label did over a century ago,” said Johnnie Walker blender Aimee Gibson, via The Spirits Business. “Over time that experimental blend has gone on to become a true icon of Scotch all around the world. My goal is to make whiskies that can be enjoyed by people with a range of taste preferences, especially by those who might previously have thought that whisky isn’t for them.”

Look for the Wine Cask Blend to launch in September ($29.99), while the Rum Cask Finish and Espresso Roast will follow in October with a price to be determined.

BEHOLD, STALE TWINKIE VODKA
You can make vodka out of just about any fresh ingredient, but don’t tell that to the Misadventure and Company distillery in San Diego, where co-owners Sam Chereskin and Whitney Rigali are using decidedly stale bread products to produce their vodka. Don’t worry—it’s for a good reason.

The distillers take old Twinkies, Ho Hos, French baguettes, crullers, and other expired breads and drop yeast into the resulting mash, which eats up the sugars and produces alcohol. After distilling the fermented product into vodka, voilà: You have some old-ass Twinkie hooch.

Chereskin and Rigali are able to use the stale snacks because, as VinePair points out, all you really need to make vodka is any ingredient with large amounts of sugar or starch. More importantly, Misadventure and Company is able to keep its production costs down, and keep the old foods out of a landfill. Cheers to the environment!